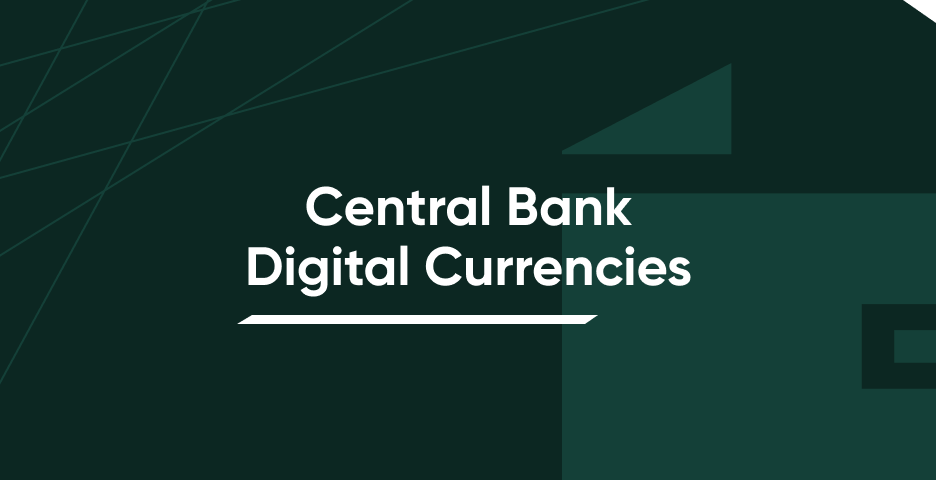 In the now-famous book “The Bitcoin Standard”, author Saifedean Ammous asserts that Bitcoin will one day be used as a reserve by commercial and national central banks.

He argued that Bitcoin could give robustness to institutions and higher stability to countries that base their monetary systems on it.

A short history of Bitcoin shows that Saifedaen might be right. Deflationary nature of its supply, high scarcity and impenetrable network security are just a few of many reasons that pose perfect solutions to counter fundamental inefficiencies of fiat money governance.

Yet, arbitrarily printed fiat currency like the US Dollar is still being used for reserves, while its supply is inflating at the will of a small group of people, and is heavily dependent on political decisions.

But since the governments began re-envisioning paper money and introducing concepts of Central Bank Digital Currencies (CBDCs), the money as we know it might change drastically.

Central Bank Digital Currencies: a compromise between Bitcoin and fiat

It appears that the idea for governments and banks to jump directly into Bitcoin might be too hazardous just yet. However, the inspiration of blockchain is there, and the fact remains:

Bitcoin continuously proves to be capable of constituting the new “gold standard” by replacing and eliminating inefficiencies shared by both fiat money and gold, such as strong dependence on intermediaries, high maintenance costs and, sometimes, burdensome transfers.

While companies like Grayscale and MicroStrategy recognize Bitcoin’s superiority as a monetary unit and do not hesitate to shift their focus away from fiat, governments and banks explore milder options.

And one of those options is to create their own digital currencies that would mimic the properties of Bitcoin but retain central authority in their hands on such decisions like currency inflation or transferring policies.

Such a solution could be the aforementioned CBDCs - fiat money in a digital form established by a government with its regulations.

Despite having a central authority, CDBCs seem to be capable of providing most of the same advantages to institutions that Bitcoin can right now, and even more.

Besides all that, in certain conditions, Central Bank Digital Currency (CDBC) could enable immediate transactions with low or near-zero commission cost (e.g., via Lightning Network), could be transferred anytime and anywhere, programmed to lend, crowdfund, trade and more. They can be fast, transparent, pose no geographical limits and do not require bank actual accounts.

In comparison with today’s traditional fiat money, you will likely pay ~$30 for an international bank wire, wait 1-2 business days (no weekend) for the bank wire to clear and deal with sending amount limitations applied by banks.

How Central Bank Digital Currencies can use decentralized protocols

There are other features specifically thought for securities that could be utilized by decentralized Bitcoin-based protocols like Mintlayer and used by central banks that are also strongly considering implementing CBDCs.

However, it is important to note that incorrect or immoral use (or abuse) of such features can be detrimental to the prosperity and progress of the community, so the implementation of these features must be cautious. Besides, it is also crucial that awareness of these topics is spread in the political debates.

These features can be useful as a transparency and accountability solution for the transactions of public administration and institutions.

On the other hand, governments might have their own tools to persecute citizens more easily than with current technology. CBDC could potentially allow identifying and blacklisting addresses, spying on people’s behaviours and relationships, imposing higher taxes without the possibility for individuals to hide and save their money from the long reach of authorities.

How Mintlayer can improve CBDCs

Here is how the MLS-01 token on Mintlayer network can benefit CBDCs:

Why the creation of derivatives?

In the very first stages of the network, Lightning Network channels might not be enough for the high throughput required by “fiat money” in the form of CBDC, especially for the retail markets (e.g., for buying coffee).

On-chain throughput of Mintlayer is also not a viable option since, in general, blockchains are not scalable at that level, and it is necessary to use a second layer or custodians. However, there is no problem envisioning a CBDC having custodians like traditional banks that keep track of the transactions between their clients on a centralized ledger, similarly like it is nowadays.

Saifedean Ammous himself also expects this scenario to happen for Bitcoin: even if banks could inflate money on the derivatives layer, making a fractional reserve of the CBDC backing the derivative, it is a very different approach than inflating the monetary base directly.

The first reason is that the derivatives would be money created by private entities, competing against each other in the market.

Secondly, because proof-of-reserve on a blockchain is easy to establish, it would be hassle-free to verify if a bank is making fractional reserves. If banks want to do fractional reserves, they should commit themselves to not be transparent, rather than the contrary.

Lastly, easy redemption of the CDBC on users’ wallets would allow for faster and transparent withdrawals, forcing the bank to keep a high amount of tokens in the hot wallet ready to be redeemed.

How can central banks “trust” the Mintlayer community and blockchain?

Luckily, trust is not needed as central banks can directly take control of a share of the Mintlayer network.

In fact, central banks can buy and stake MLT tokens to control some blocksigner slots as well, ensuring that it will always be possible to make transactions and create their own blocks. Besides, it would eliminate the need to pay commissions to other entities for their operations.

It differentiates Mintlayer from Bitcoin since central banks can hardly obtain a large share of the Bitcoin network even if they develop such intentions. In such a case, central banks would need to specialize in very competitive work as miners.

As a last resort, in case there are unresolved disputes within the community (e.g., on block size, decentralization, censorship, etc.), and central banks have a minoritarian power over the chain, it is possible to hard-fork it, thus creating a new, more centralized blockchain while still keeping the CBDC MLS-01 token, all the balances and addresses up to that point.

In other words, there are not any “systemic risks” for central banks that would choose to use Mintlayer blockchain.

But will they? Only time will tell.

Learn more about the capabilities of Mintlayer.

Staking for the governance and DSA Consensus Paper