Bitcoin sidechain Mintlayer is the new standard for securities and stablecoins 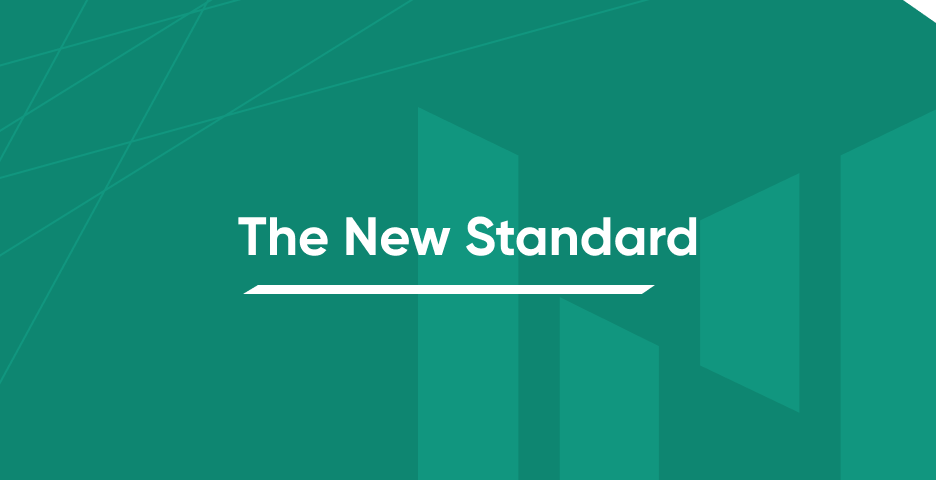 When projecting the future of cryptocurrency markets, many experts suggest that there will be many blockchains in play, and all will be able to communicate with each other seamlessly.

However, some dispute this claim, stating that the financial system’s future is not the interoperability between dozens of blockchains, but rather an ecosystem of tokenized assets (such as securities and stablecoins) built around a single blockchain.

Even though it is currently an unpopular opinion, it has a very thoughtful rationale worth exploring.

Bitcoin is the only monetary unit we need

First of all: there is no actual need for more than a single currency as a means of exchange and store of value, and Bitcoin fills the role perfectly due to how the network effect works, and the way market standards are formed and increasingly adopted.

A great example of such network effect outside of Bitcoin is the internet protocol (TCP-IP): today, the cost of replacing it, even if with superior technologies, is far greater than any possible benefits that could come from it. The simple reason for it is because too many infrastructures, applications and businesses are based or built on it.

Another example is the size of shipping containers. In the entire world, the containers have the same size (patented in 1958), which means that no train, truck or crane is tailored for a different container type as it would not fit the international chain of transport via sea, rail or road.

Similarly to the internet protocol or containers, money is also a standard that is more useful, the more it is accepted and demanded. Since Bitcoin has a fixed supply scheme with increasingly higher demand from both everyday Joe and institutional investors, its value is bound to increase over time.

But there is more to it than that. Bitcoin functions without centralized governance and, thanks to Lightning Network (LN), is capable of fast and low-cost transactions. Lightning Network also increases Bitcoin’s anonymity features.

With that in mind, no rational player would have an incentive in owning a different token more than Bitcoin, because there is no alternative technology granting security, fast and cheap transactions and higher appreciation in the medium-long term. No other blockchain technology is more scalable simply because Bitcoin is the only one that has a functional second layer. An alternative money standard would only introduce frictions in the exchanges.

Not everybody has the technical background to understand these statements. Still, the numbers do not lie. It is objective that currently,  Bitcoin’s market cap is almost five times greater than Ether, the second-largest crypto in the market. Moreover, BTC on-chain transaction volumes are 15 times greater than ETH transactions, which is not even a token created for monetary or store-of-value purposes.

Assuming there will be a single currency dominating the market, the main goal for asset creators should be to avoid any friction in buying and selling their assets and instead exchange them using the single universal currency as a medium.

However, today, decentralized exchanges are built almost exclusively on Ethereum. As a result, users interested in buying a particular tokenized asset (ERC20) need to rely on a centralized exchange to swap bitcoins for ethers. Besides, it is not possible to exchange assets without Ether as gas on the Ethereum network.

One way to eliminate these frictions created by the Ethereum network is to develop decentralized second layer protocols for the Bitcoin blockchain that would satisfy all Ethereum users and developers’ needs and improve upon the existing infrastructures.

Currently, there is only one such protocol capable of doing that - Mintlayer.

In the traditional financial markets, you do not need to buy money if you want to buy stock or bonds - you just buy stock and bonds. That is how Mintlayer works. You hold bitcoin, you use bitcoin, then you buy and sell products for bitcoin in the retail market. But you can also purchase tokenized stocks and bonds or stablecoins without the need to exchange bitcoin for something else first.

Lightning Network as means of exchange, not storage

A second reason why Mintlayer is better than alternative technologies is the scalability of its assets. By inheriting Lightning Network tech, Mintlayer allows its network assets to scale at will.

Although it is not particularly relevant for security tokens, given the expected low frequency of exchanges, it is crucial for stablecoins. In fact, the first stablecoin in the market (Tether) has even greater on-chain volumes than Bitcoin (measured in dollars transferred). This is also the reason why Tether/Bitfinex is experimenting with so many different solutions for USDT, having tethers on three different blockchains (Bitcoin, Ethereum and Tron) in a desperate search for the environment that would allow for cheaper transactions.

Even if Lightning Network enables fast and cheap payments, it is essential not to forget that the on-chain capacity is also important, especially for creating and storing the assets. That is because LN should not be considered as a “storage” solution, and tokens are never created on LN. Instead, they are just exchanged on it. For this reason, instead of directly consuming space in the Bitcoin blockchain, Mintlayer sidechain dedicates its entire space to tokenized assets, providing enough on-chain capacity to create and hold assets at low cost. It differentiates Mintlayer from other solutions in the market, where the on-chain space is shared with the gas token

In the case of Ethereum, ETH is being used as “gas” for transactions. In the case of RGB and Omni, the monetary token serves this purpose, which is BTC (note that any on-chain RGB transaction pollutes the Bitcoin mainchain).

It is possible to investigate these arguments further in the following comparison table:

The new standard for confidentiality and compliance

Finally, Mintlayer also allows for Access-Control-List rules - a smart contract feature that is available on Ethereum, but not on the current Bitcoin architecture.

ACLs guarantee that MLS-01 tokens can be issued in compliance with company policies or other legal requirements. This does not necessarily mean to sacrifice privacy, confidentiality and the ideal of anonymity behind Bitcoin, since it is still possible to issue tokens with confidential transactions enabled (MLS-02), guaranteeing even higher privacy than standard Bitcoin on-chain transactions.

Will Mintlayer appropriate the Ethereum market share of stablecoins, security and DEX? Leave a comment on our social media channels.

Comparing the on-chain transaction volumes of all the cryptocurrencies, recently the first place has been disputed between Bitcoin and Tether. Tether is actually composed of three voices: 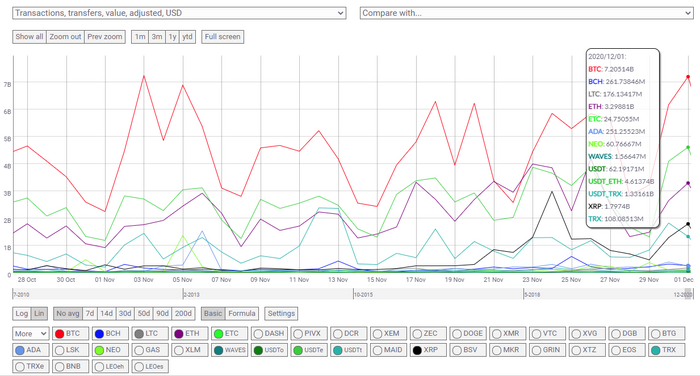