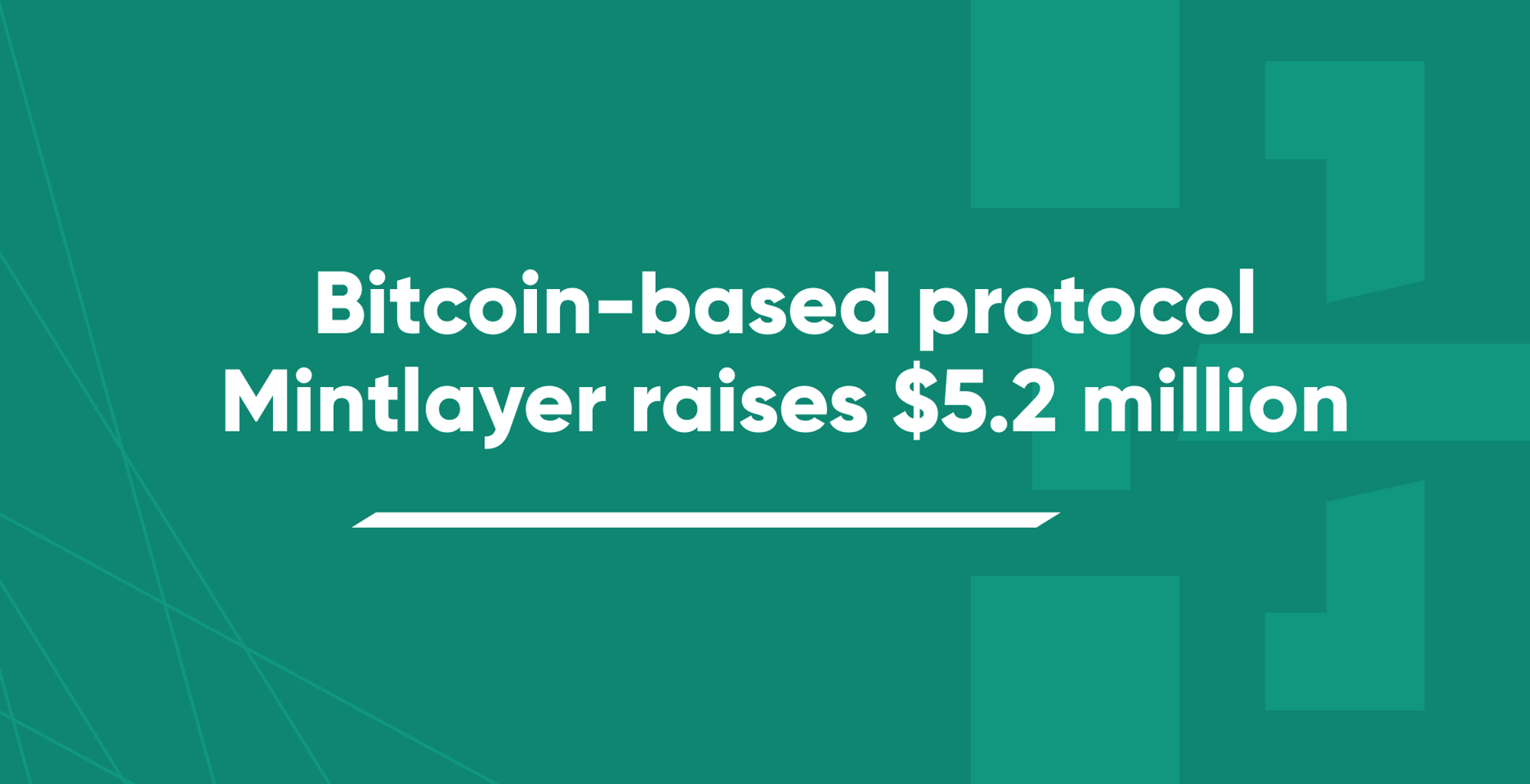 San Marino, May 24, 2021: Decentralized Finance protocol Mintlayer has secured $5.2 million via seed funding round. On top of this raise, it has formed a strategic partnership with San Marino innovation - the State official technology hub, that focuses on the implementation of cutting-edge technology within the country.

Mintlayer is already working closely with several prominent VCs that focus specifically on the blockchain space, with this new round seeing Alphabit, Moonwhale, 4SV, X21 and Iconomy Partners joining as advisors to the Mintlayer project. These firms will bring their expertise and knowledge to the development and applications of Mintlayer, while also serving as a guide in a rapidly expanding market.

Mintlayer has also secured funds from many other top global crypto-based VC firms, which will directly and indirectly use their skills, expertise, and expansive networks to bring value to the Mintlayer ecosystem and its future user base:

Among these VCs, some have supported several prominent projects in the space, including Solana, Polkadot, Algorand, Avalanche, Chainlink, as well as companies like Binance, OKEx and Huobi and also launchpads such as DaoMaker, PAID and Polkastarter.

Mintlayer is a Bitcoin sidechain that offers several features that can help tap into both traditional financial markets as well as the DeFi market. The primary use cases are asset tokenization and decentralized exchanges. It provides a blockchain environment with more robust capabilities with DeFi protocols through its scaling solutions: transaction batching and Lighting Network reduce transaction size and fees, creating a win-win scenario for all parties involved.

RBB LAB, the company currently overseeing Mintlayer’s development, has also pledged to hand over stewardship of Mintlayer to the community once it goes live. It currently operates as an open source project and accepts voluntary contributions.

The team has described its vision as being one where the DeFi market can achieve long-term sustainability, with the protocol offering marked improvements over alternative implementations on top of Bitcoin (RGB, Omni, Rootstock) and other blockchains like Ethereum or Tron. The team is currently working towards a testnet release, while the mainnet launch is expected in the first quarter of 2022 .

Before the launch of the mainnet, MLT tokens for the Public Sale will be issued both as ERC-20 and Rootstock tokens, which will later be ported 1:1 to Mintlayer’s mainnet. Mintlayer’s ultimate and ambitious goal is to replace alternative tokenization standards on Ethereum and Rootstock with the Mintlayer standard ( MLS ) for the entire crypto industry.

RBB LAB is in charge of the MLT token issuance: it is registered as an official blockchain company in San Marino, as a result, the issuance of Mintlayer is a fully regulated endeavour subject to pertinent State legislation.

The token Public Sale is expected in summer 2021, dates are not officially announced yet, awaiting for the final go-ahead from San Marino authorities. A high-intensity marketing campaign will start 4 weeks before the Public Sale.

With the new round of funding finalized, RBB LAB will be able to refine its current product suite, expand its services, and bring more depth to its team, all the while upholding its mission of creating a sustainable architecture for DeFi on the Bitcoin blockchain.

Enrico Rubboli, the CEO of RBB LAB, former Bitfinex Senior Engineer and Tether lead developer, commented on the finalization of its seed fundraising, stating: “With this securing of funds, Mintlayer can now boldly move on to our next steps of platform creation, making the dream of scalable and sustainable blockchain transactions a reality with the help of our amazing team, new partners and investors. This is just the beginning of our journey, and we are ready to show the crypto market the hidden potential of DeFi on the Bitcoin network”.

Sign Up to the newsletter below for details about the upcoming Public Sale and to be the first to be notified when whitelist registration opens up.