GameStop fuss is just another reason why the world needs Mintlayer 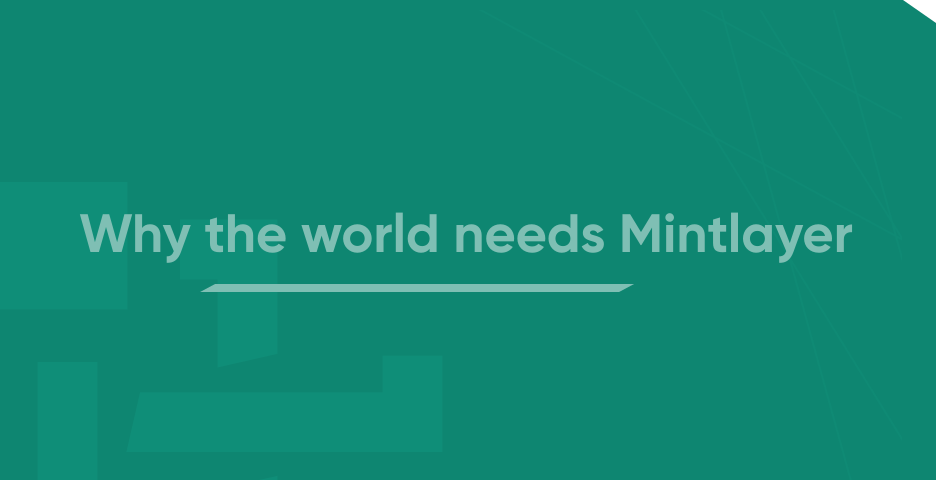 When WallStreetBets pushed the GameStop shares to unimaginable highs by betting against the hedge funds that kept shorting, it had shown once again how decentralized finance is an unquestionable necessity for our times.

In short (ironically), traders on the r/WallStreetBets subreddit noticed that institutional investors were constantly overexposed in GameStop’s short positions and saw a lucrative opportunity to take advantage of it.

Needless to say, the stocks’ price soared fast, doubling in one day and bringing tremendous losses for the giants of finances, the main victim being a large investment management firm Melvin Capital.

When it seemed it could not get any crazier, centralized exchanges such as Robinhood, TD Ameritrade, Webull and Charles Schwab suddenly stopped or limited the trading of GameStop shares to preserve the positions of their major clients - the institutional investors that were borrowing the shares from them.

There is a lot to unpack from this story, but it indeed is enlightening for two distinct reasons.

Here’s why we do not want centralized markets anymore

First off, it is evident that any centralized (otherwise traditional) platform can pose a conflict of interest at any time, up to the point that it might limit markets’ trades and operativity to favor particular clients.

Besides, such platforms are keenly submissive to governments’ over-regulation and censorship (i.e., Massachusetts State regulators halting GME trades on NYSE), making so that they can freeze or confiscate funds deposited there, as witnessed multiple times.

Take the Crypto Capital and Tether/Bitfinex case, for example. It shows how such enforced measures can damage businesses and regular customers like casual traders.

Secondly, the major uproar about the entire GameStop situation was actually the fact that exchanges and brokers mediate the trades so that their clients never directly hold bearer shares, securities or bonds.

Essentially, GameStop stocks were just records written on centralized databases, which means that on such platforms, the ownership of an asset never coincides with the actual possession by an owner.

Derivatives and convoluted financial instruments would not be so common in the finance world if the ownership over an asset could be represented by the mere possession of a token on a blockchain, traded directly from wallet to wallet without 3rd party mediators.

In the case of a bearer asset, no derivatives or fractional reserves could be made without the owner’s explicit consent.

Decentralization of finances can fix much more than that, though. More of a question is how such a decentralized space should look like so that the market participants would trust it and could easily access it.

It is fair to say that many people and investors already trust Bitcoin, and what it lacks can be fairly and securely established in a second layer. Mintlayer’s sidechain to Bitcoin’s blockchain is exactly it.

Mintlayer’s sidechain is for open DeFi on Bitcoin

The two major elements that the Mintlayer decentralized protocol brings to Bitcoin’s ecosystem are asset tokenization and trading on decentralized exchanges (DEXes).

For the first time, those two necessities are directly accessible to Bitcoin investors: on Mintlayer, there is no need to first exchange the standard monetary asset (BTC) to other tokens like ETH gas before spending them for DeFi products.

When someone issues a token on the Mintlayer chain, the individual who owns the private key is the owner and holder of the asset at the same time and can put it on a frictionless Bitcoin market at will.

The owner can also trade these assets for bitcoins directly without passing through any centralized exchange or a KYC/AML procedure (unless it is required by particular policies enforced by the token issuer himself using programmable Access-Control-List (ACL) rules). Bitcoin is the best monetary system out there, and that’s why Mintlayer builds on it The world’s leading monetary assets like US dollars and euros are in large part just a credit created by banks over a debt contracted with their account holders.

Even though legal tender money is the asset underneath, it is so in a very small portion compared to the total supply: there is not enough money to repay all debts in the world, which are mainly owned by governments, banks and financial corporates.

As of February 2021, the world debt sits at a record $281 trillion, or more than 355% of global GDP, with a staggering $24 trillion added over the last year, according to the data provided by the Institute of International Finance.

Such huge debts are anticipated to be repaid in the future by either collecting taxes or rising inflation, which can also be considered indirect taxation.

These two ways are the major drivers of redistribution between creditors and producers in society towards financial intermediaries, regulators, governments and individuals at their dependencies like state employees, retirees and those relying on welfare.

As a result of the current financial landscape, the financial paradigm shift brought by Bitcoin can no longer be ignored in the current world. Especially knowing that the before-mentioned GameStop case is just the tip of the iceberg.

Combining the best ideas for Bitcoin into one

Thanks to Mintlayer, Bitcoin’s mission to fix the world of finance can be heavily extended with disintermediated emissions of tokens directly from the companies to the investors through the tokenization standard MLS-01.

On Mintlayer, decentralized trades allow buying and selling without intermediaries, meaning that anyone can access finances from a simple wallet where the token’s price discovery mechanism ticks without geographical or legal boundaries.

Other projects have already explored the ideas of tokenization for securities or stablecoins and DEX trades. However, Mintlayer tackles these ideas in an entirely innovative way.

Inspired by the most advanced developments thought for Bitcoin, such as scalability using second layers (i.e., Lightning Network) and on-chain optimizations like transaction batching or signature aggregation, Mintlayer combines the best ideas to date and inherits all that makes Bitcoin special.

It is not only the most secure layer but also the most efficient, compatible, scalable in the long term and accessible to all kinds of users - it is even plausible to run full nodes from an average laptop.

If you want to learn more about the DEX, tokenization and smart contracts on Mintlayer, feel free to discover more in these articles: