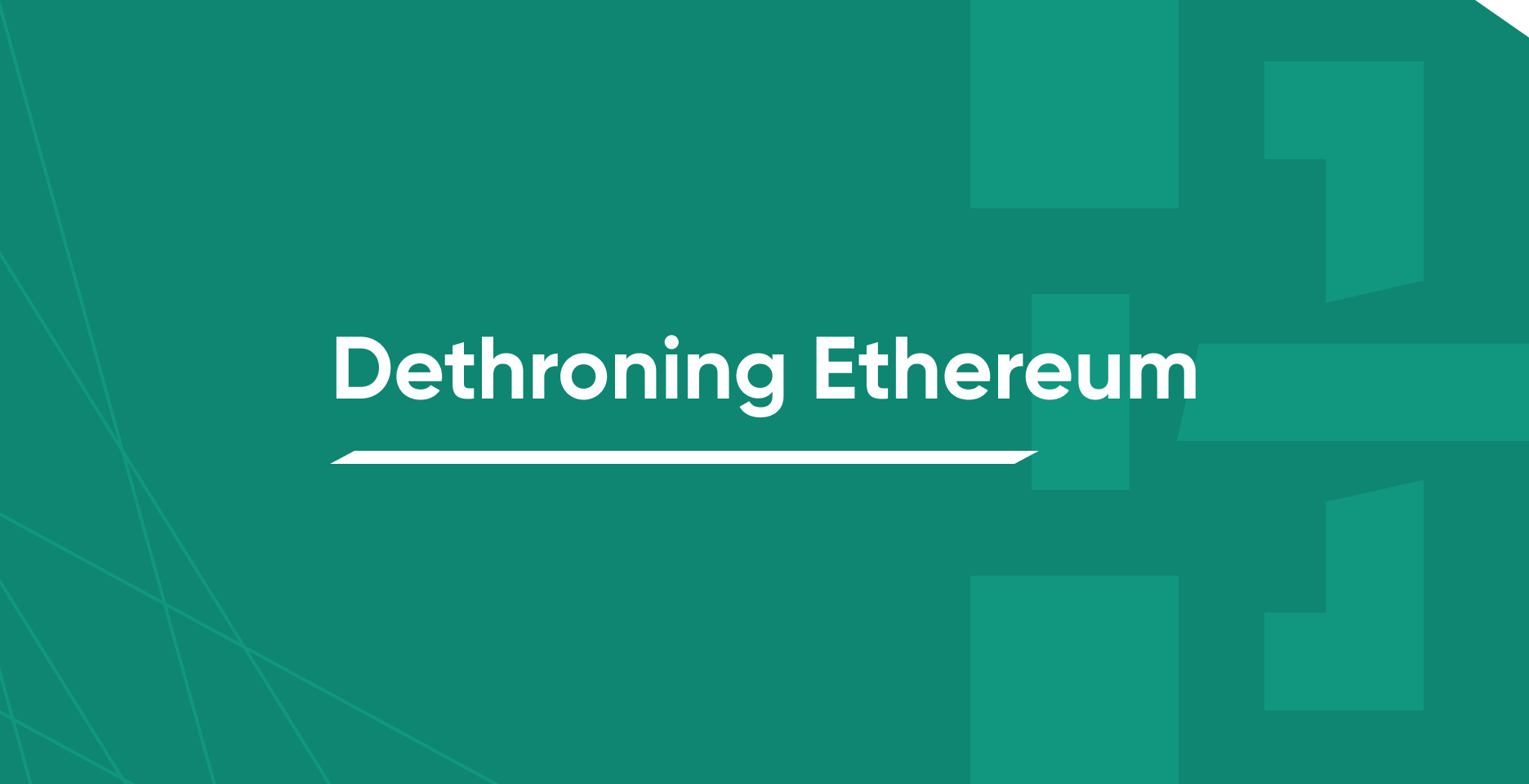 The Ethereum network is still congested as it was a month ago, and a month before that, starting around the same time when DeFi stole the media headlines.

At the moment of writing, the average transaction fee on Ethereum blockchain sits at $1.69. Earlier in September, we witnessed these fees spiking to a never-before-seen record of $14,58.

While that is not good news for anyone who uses the network, ETH miners have nothing to complain about as they count record profits–$166 million per month, or six times more than Bitcoin miners earned the same month, to be exact.

That’s also $164.5 million more in miner’s profits than at the beginning of this year–that is a byproduct of the DeFi craze putting stress on the network, which it cannot seem to handle.

Yes, the long-awaited Ethereum 2.0 aims to solve these scalability issues using a technique called sharding. However, some still believe that even sharding might not help Ethereum to scale the network and meet the DeFi’s needs efficiently.

Besides, the launch of a new proof-of-stake protocol has been postponed before, and is dragging once again due to technical issues and lack of participation on “Spadina testnet”.

Even though Ethereum’s network congestion does not show any signs of fading away, and its future remains uncertain, these two reasons are not the only ones to be concerned about.

Ethereum is arguably the one blockchain that is publicly complained about the most; nonetheless, it remains by far the most used network for developing and deploying DeFi products.

Right now, there is $11.8 billion locked behind Ethereum’s DeFi projects. The number indeed sounds like a compelling reason and opportunity to build on Ethereum because this is the most obvious place where the attention and money go.

However, some protocols reach $1B market cap in days, and it naturally raises a red flag.

And rightfully so–the noise on Ethereum’s DeFi is immense with no shortage of exit scams, money losses due to exploits in DeFi protocols and other unfortunate instances. It starts to feel like the wild west of 2017 ICO boom all over again, especially noting the fact that a large majority of DeFi tokens on Ethereum have retraced by an average 60% since their all-time highs.

Another red flag is worrying lack of decentralization due to Infura’s development suite, which provides a way for hundreds of devs to connect to Ethereum network without running a full node. However, Infura itself relies on Amazon cloud servers, which means most of Ethereum nodes (around 61,2%, to be more accurate) essentially has a kill switch in control of a centralized entity.

Nobody seems to be happy about the situation, including those developers that genuinely strive for longevity. As such, some notable projects are already considering migrating to other blockchains as it is getting easier and easier to do so, while Ethereum 1-terabyte full node is getting harder and harder to sync.

For example, a decentralized marketplace for AI algorithms called SingularityNET is on the verge of moving a significant portion of its protocol from Ethereum to Cardano. The company’s manager and data protection officer Ibby Benali names Ethereum’s transactions’ speed and costs as real issues, also noting grim predictions of the success of Ethereum 2.0.

Reasons for migrating the protocol might not be surprising, but a weighty decision to migrate to other blockchain is. Since the example has been made, it is likely to see more instances like this.

But the question remains - if decentralized finance tools do not necessarily have to be interconnected with Ethereum, why do developers still choose to build on it despite all this uncertainty, when there are many viable alternatives?

There are a few reasons why it could be so.

So why is building on Ethereum so compelling?

While many competitors are trying to take over Ethereum’s position of being a leader with decentralized apps (e.g., Polkadot, TRON, Cardano, etc.), looks like almost all attempts to dethrone Ethereum end up being fruitless.

The first reason is simple - Ethereum has the most users and the first mover’s popularity. In the eyes of crypto communities, DeFi rush made Ethereum a major headliner, which makes it the most attractive place to be. As a result, Ethereum’s DeFi also boasts of high liquidity, which is always lovely.

Another reason why Ethereum is a go-to network is that it has the widest variety of tools under its belt. One of many examples is the browser-based wallet Metamask that just recently exceeded 1 million monthly active users, growing 400% in just over a year.

Since most Ethereum protocols and tokens work with Metamask by default, and a large majority of Ethereum users have it, it becomes quite an incentive to build on Ethereum by itself as it provides easy access to the existing (and continuously growing) Ethereum user base.

However, it seems like the most significant activity on Ethereum is based on speculation as lots of ETH end up on centralized exchanges, increasing month by month for most of the past two years.

This happens because most people eventually want to:

Ethereum might not be the best option right now, so it is an excellent time to start looking for other opportunities to build long-term DeFi projects safely and sustainably.

And since Bitcoin is the most secure and prominent decentralized network in the world, building next-generation second-layer solutions on it seems to be the next logical step towards enabling sustainable DeFi projects.

Can DeFi build on the trust that Bitcoin has?

Mintlayer is pioneering new concepts for second-layer Bitcoin solutions that would rely on Bitcoin security, inherit most of Bitcoin’s functionalities and allow it to meet all the demands that the participants of decentralized financial markets have right now, and will have in the future.

Imagine the power of DeFi on Bitcoin, where users can access DeFi applications and decentralized exchanges by merely holding Bitcoin in their wallets–that is what Mintlayer is today.

The sidechain gives unrestricted access to a whole new ecosystem that serves all the purposes and requirements of a developer with its non-Turing complete smart contracts, as well as users and investors with:

Migration from Ethereum is inevitable anyway

Eventually, everyone will have to migrate from Ethereum to its upgraded 2.0 version. Still, in light of current events in the crypto industry, there are no reasons to consider more efficient and valuable alternatives first.

The idea of dethroning Ethereum does not seem like an unlikely event anymore. And with a proven success of developers building elsewhere than Ethereum, inevitably more people will take action and start migrating to more sustainable and secure networks, just like SingularityNET migrated to Cardano.

As such, Mintlayer also provides all the tools to migrate tokens from other blockchains easily. Several developers are already working on Mintlayer to grow communities and bring first projects out in the open.

If more people will decide to act the same when the time comes, that is where Mintlayer will shine as an alternative in the long-term.